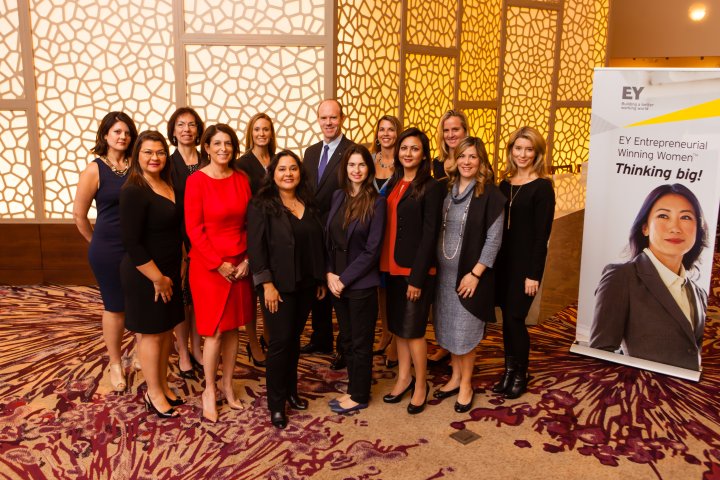 Starting a company is a lot like immigrating to America, says Nikki Barua: “You need to adapt to survive.”

Barua, who is the founder and CEO BeyondCurious, an agency that creates mobile experiences for companies, has firsthand knowledge of both experiences. Born and raised in India, she set her sights on moving abroad early on. “It was expected that girls were married in early 20s. Even though I grew up in that environment, I knew at an early age that I wanted a different life.” That ambition led Barua to apply to an MBA program in Pittsburg, where she moved in 1997. “I had $250 in my pocket,” she recalls.

The immigrant story, while familiar, is often associated with men. Yet in reality, 40% of immigrant entrepreneurs in America are women, according to the National Women’s Business Council (NWBC). Indeed, 13% of all female-owned companies are run by women who were born outside of the U.S.

Given that context, it’s no surprise that Ernst & Young’s Entrepreneurial Winning Women (EWW) program has a number of immigrant women in its 2015 class. The program, which selects a group of high-achieving female entrepreneurs every year, is part educational opportunity, part network. It’s like a sorority for entrepreneurs: Once you’ve made it through the recruitment process, you’re part of the sisterhood for life.

Participants in the program must head businesses with an annual revenue of at least $2 million for the past two years, as well as “have the confidence, conviction, tenacity, plan and overall professional acumen to take a high-potential business and scale it into a market leader,” according to EY’s website.

Barua is one of three immigrant women chosen for the 2015 EWW class, which consists of 12 entrepreneurs. The other two are Claudia Mirza, co-founder and CEO of language services provider Akorbi, and Aneela Zaib, CEO of Canadian telecom staffing company EmergiTel.

Mirza’s story is particularly inspiring. Born in Colombia, she grew up in poverty, living with her mother. “My father immigrated to the U.S. but left mom and myself with no place to live, completely hungry and just trying to find a place,” she says of her childhood. Mirza also found herself fearing for her life during the drug cartel wars of the 1980s.

Eighteen years after her father left, she too went to the U.S., arriving in 1997. She worked full time while going to school for business administration, finally finding stability—that is, until her employer had a round of layoffs. “It was so traumatic to see how you could lose your job so easily…I couldn’t picture myself being let go again and suffering through all this again,” she says of the experience.

From that moment on, Mirza decided to take matters into her own hands. “I didn’t want to be helpless. I didn’t want to rely on someone else to eat… it’s helplessness, waiting for the success of someone else’s business. I wanted to have control over my own future.” Today, Mirza’s company, Akorbi, has over 600 employees and works with global companies like Google, Aetna, and Tyco.

While each immigrant’s story is unique, they all have one thing in common: Immense gratitude for the opportunities America provides for women. Aneela Zaib recalls being one of seven women in a 200-person engineering class in her native Pakistan. “Coming from a male-dominated society, it was very hard to reach the same opportunities that my [male] counterparts would have,” she says.

Today, Zaib leads a 45-person team, and her staffing company EmergiTel brings in $20 to $30 million in revenue every year. “It’s amazing what we women can do given the opportunity,” she says.